BM11 – Playatech At The CORE

For the “Rites of Passage” theme at Burning Man 2011, a good friend of ours came up with the idea of getting all the regions to build effigies, circling the Man with them all, and burning them at the same time. Yay!!! The Circle of Regional Effigies (CORE) was born.

Playatech was soon called in to make seating for four locations around the circle, where Charlie Smith would install giant wood-burning smoke screen generators called Firebirds. We got an art grant without even applying!! We called a build day in SF, made lots of seating in a parking lot, and off we went to the burn. 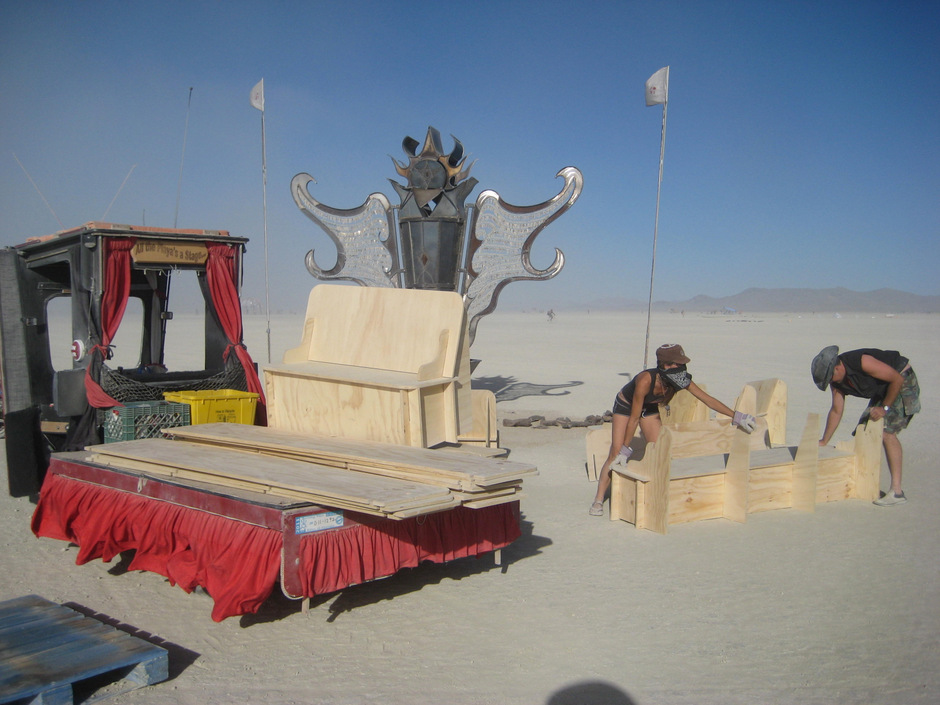 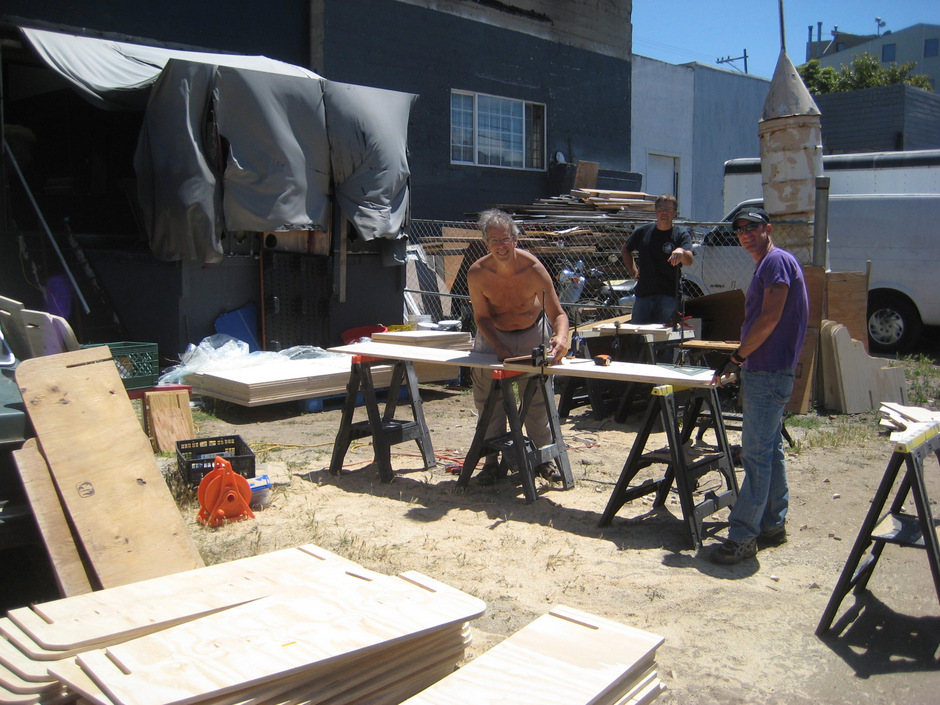 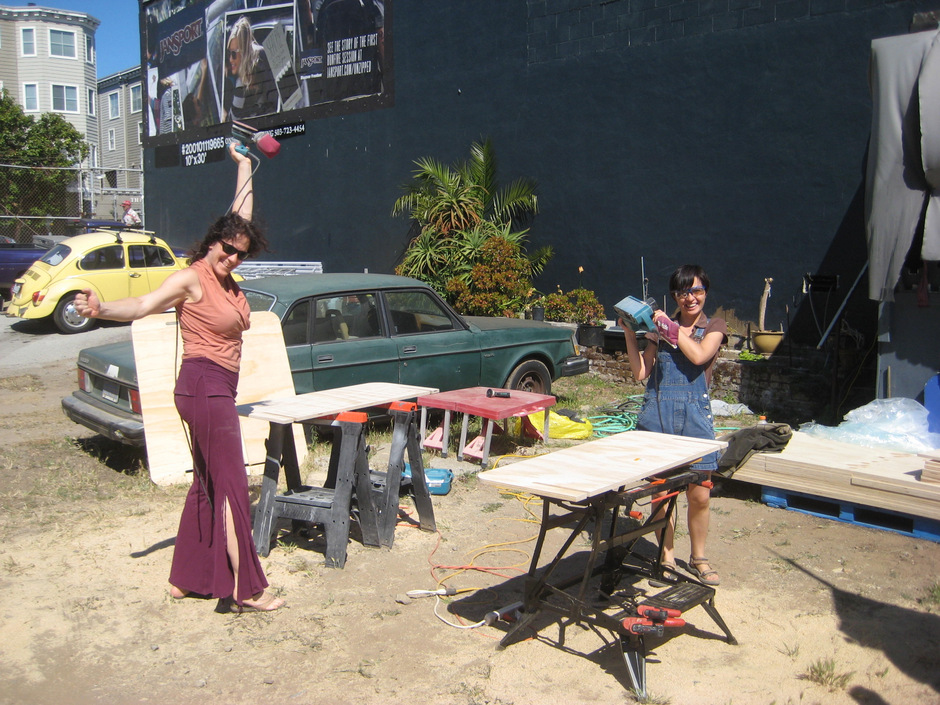 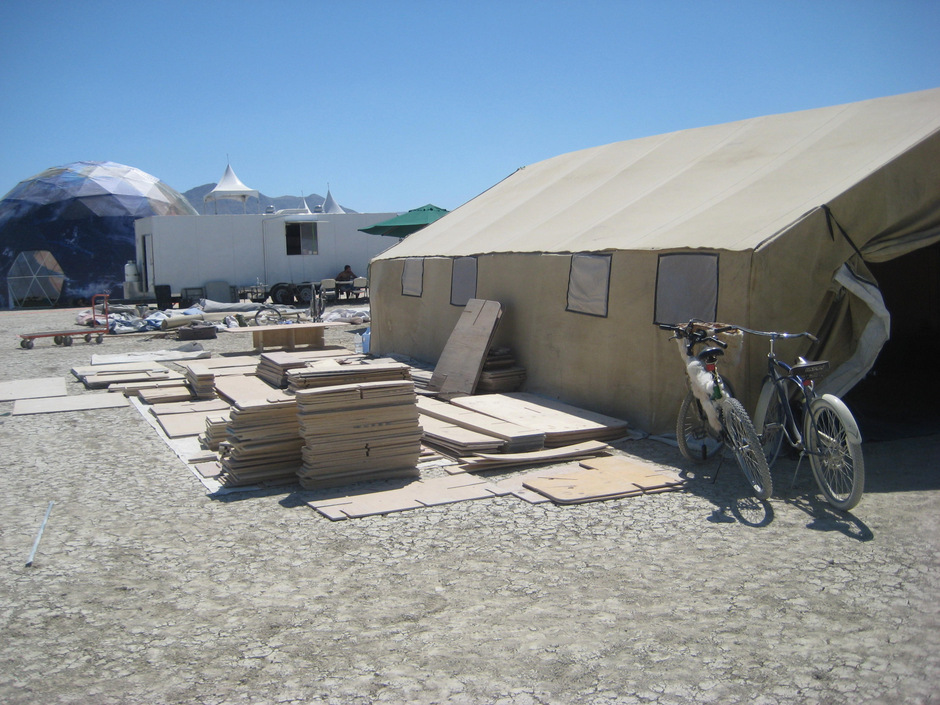 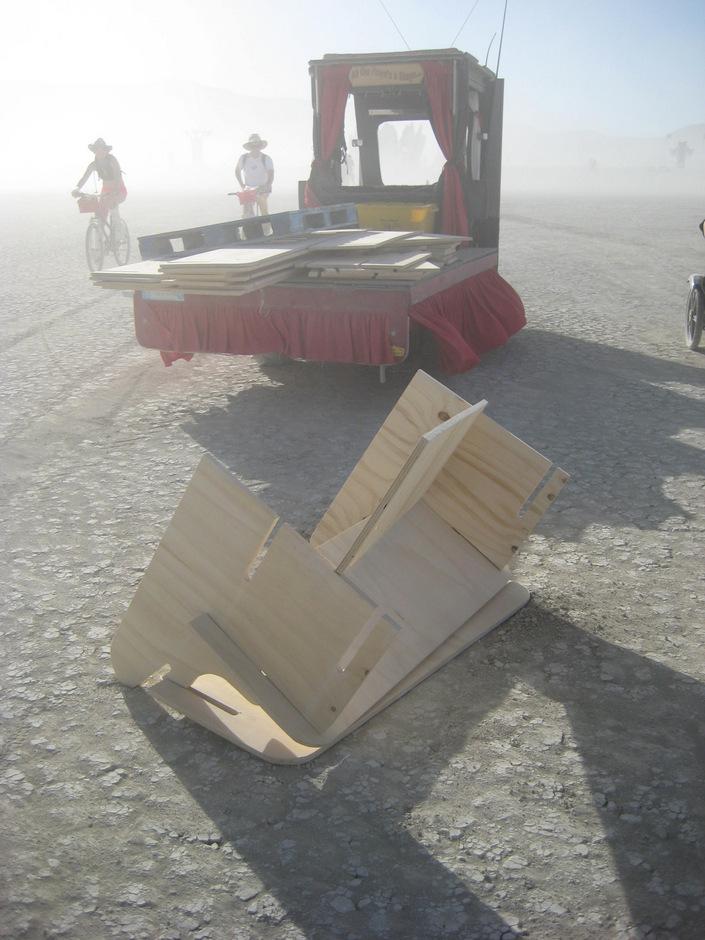 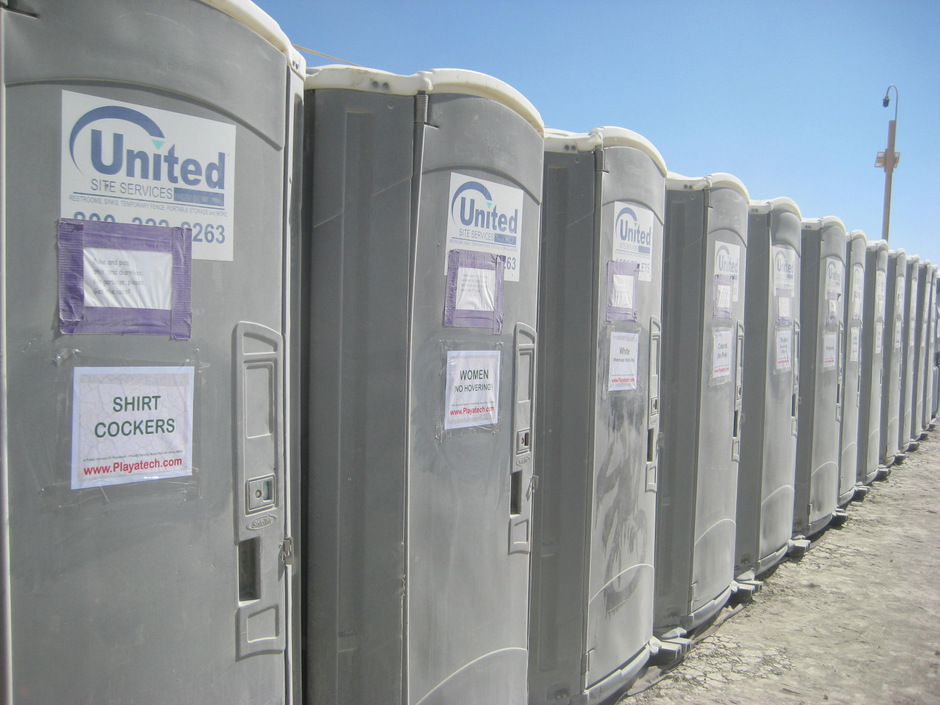 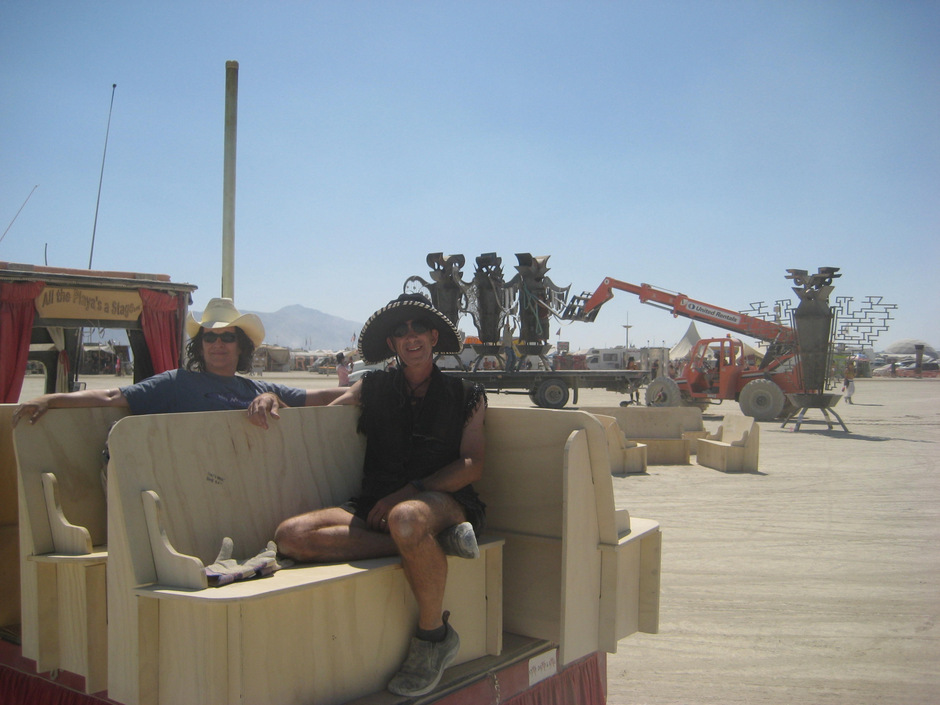 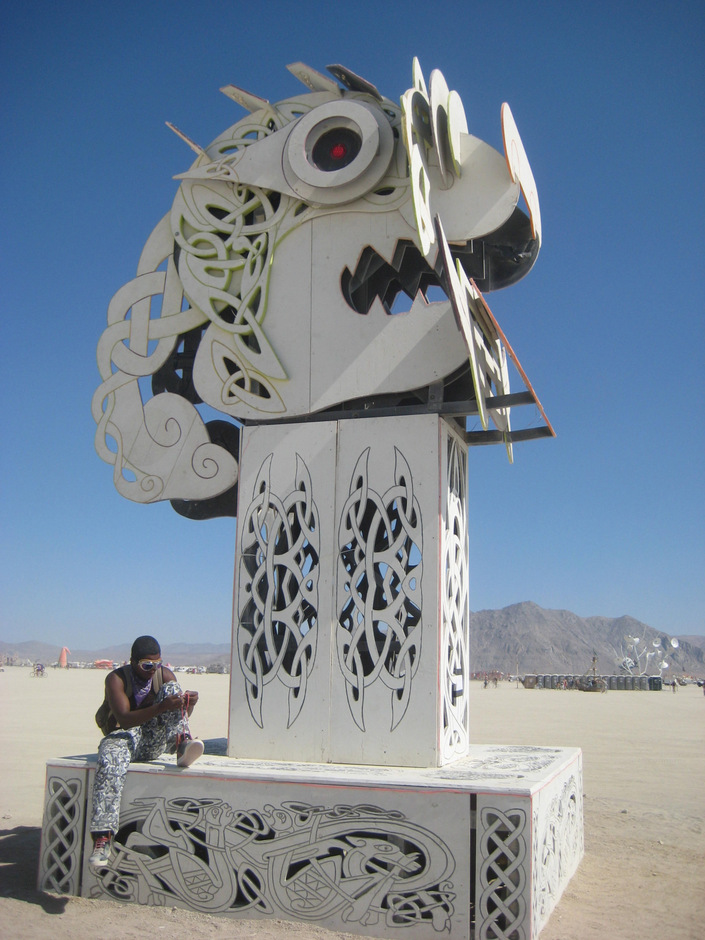 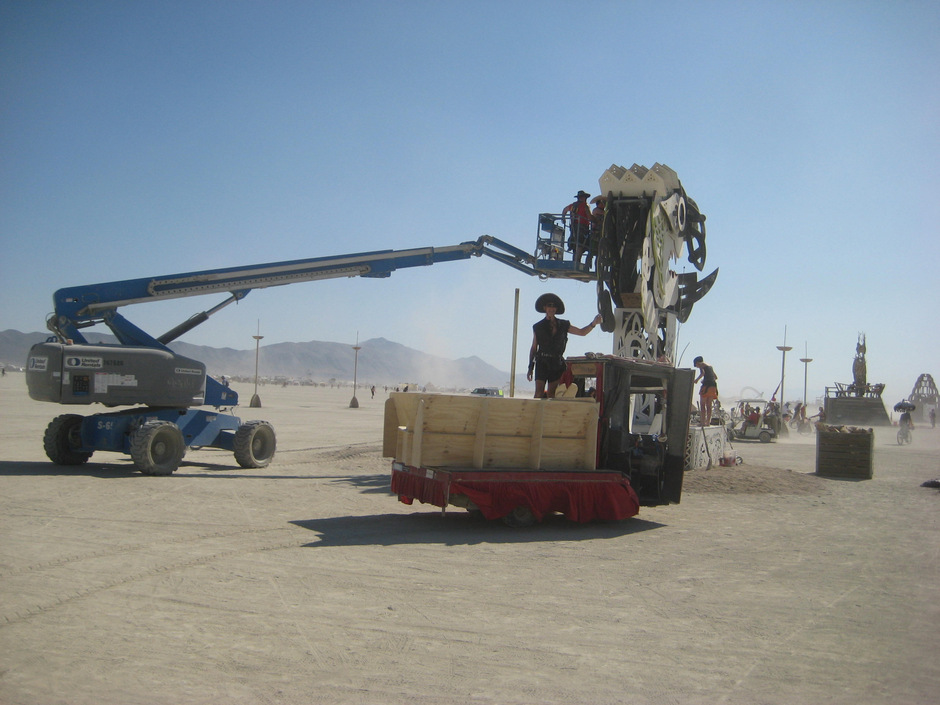 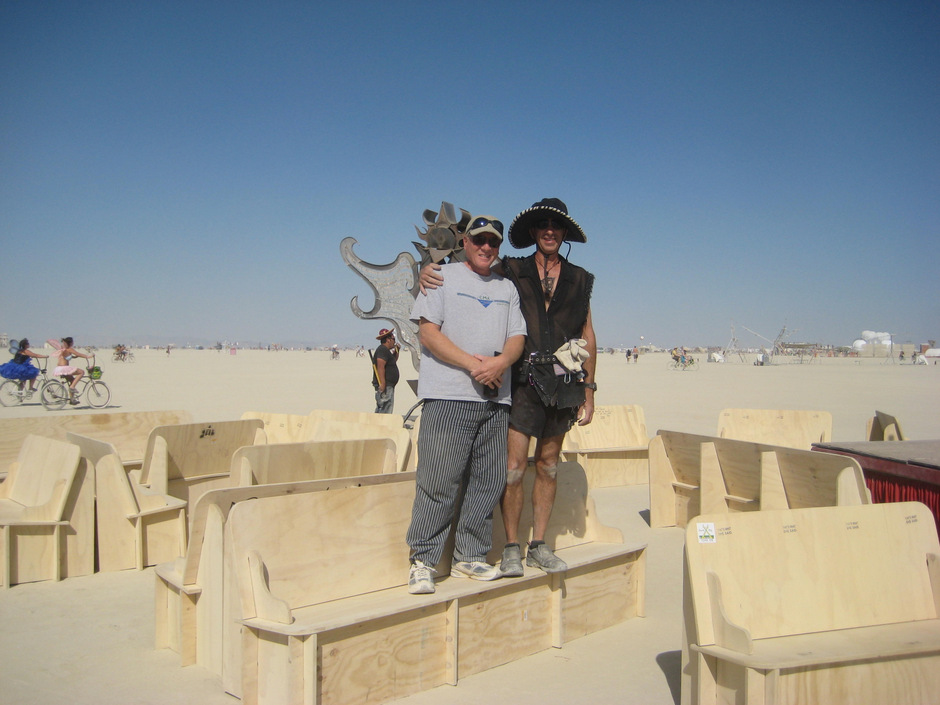 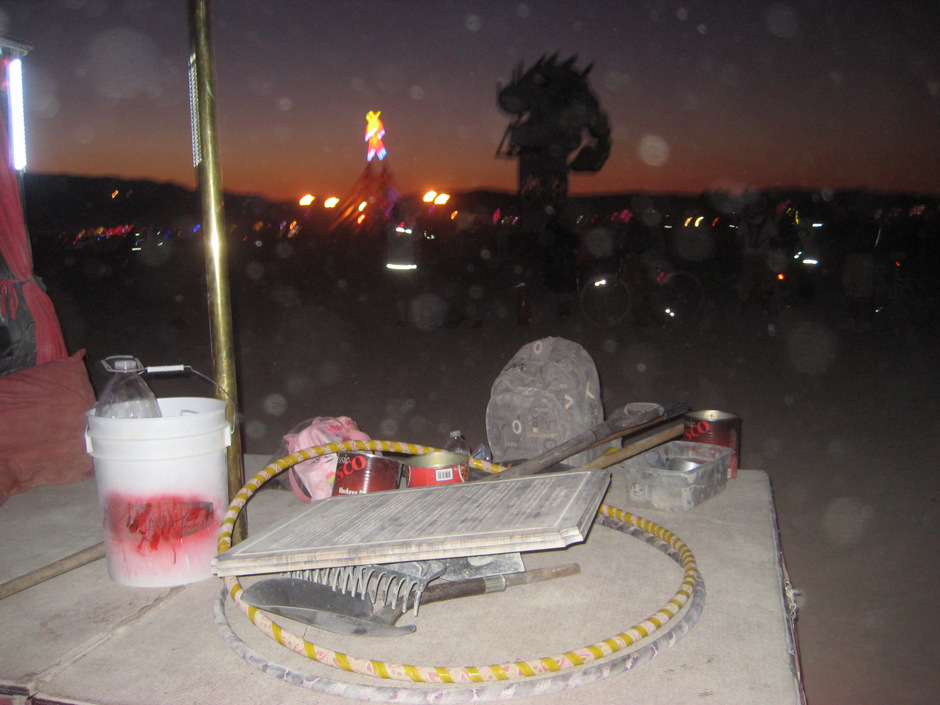 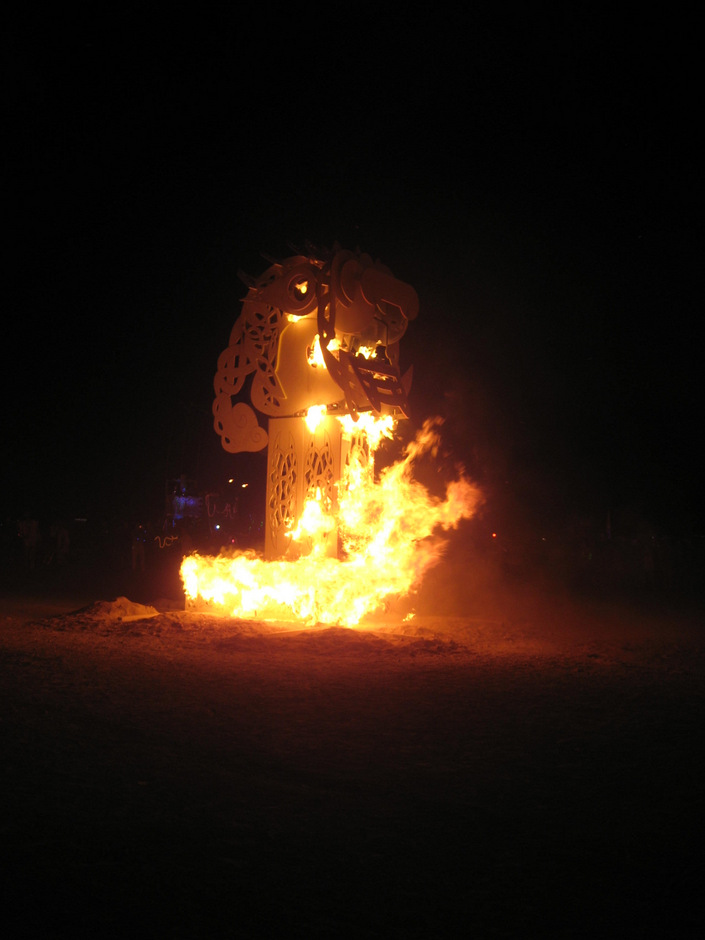 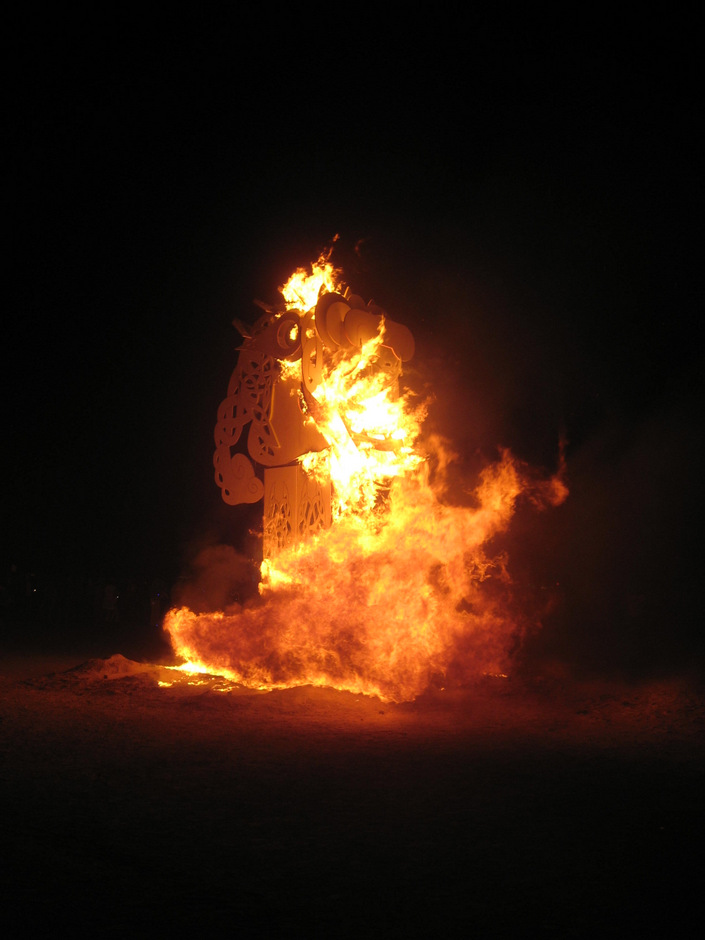 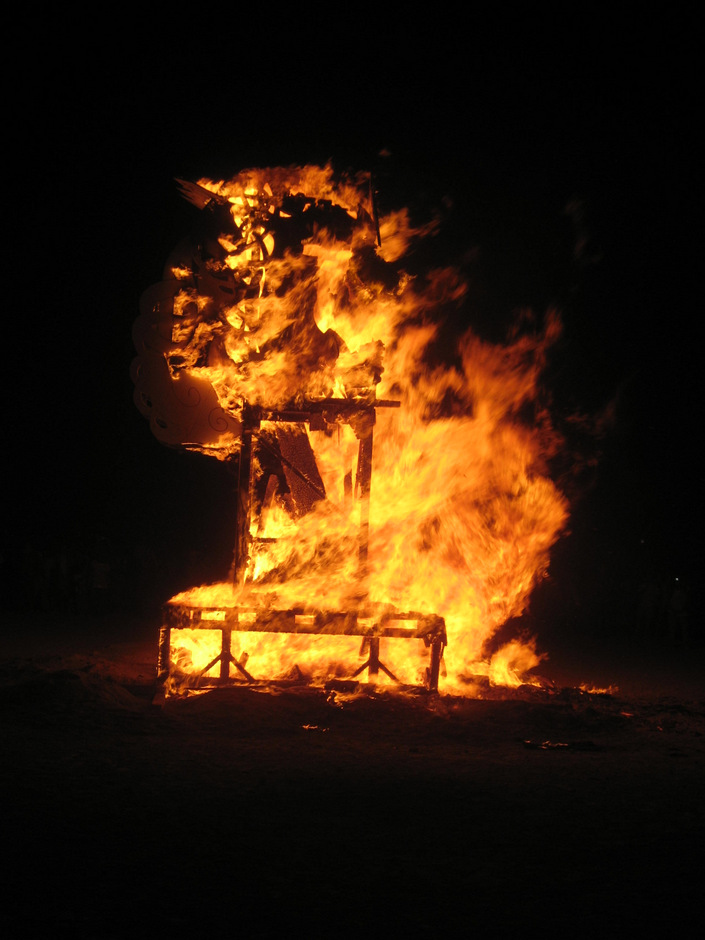 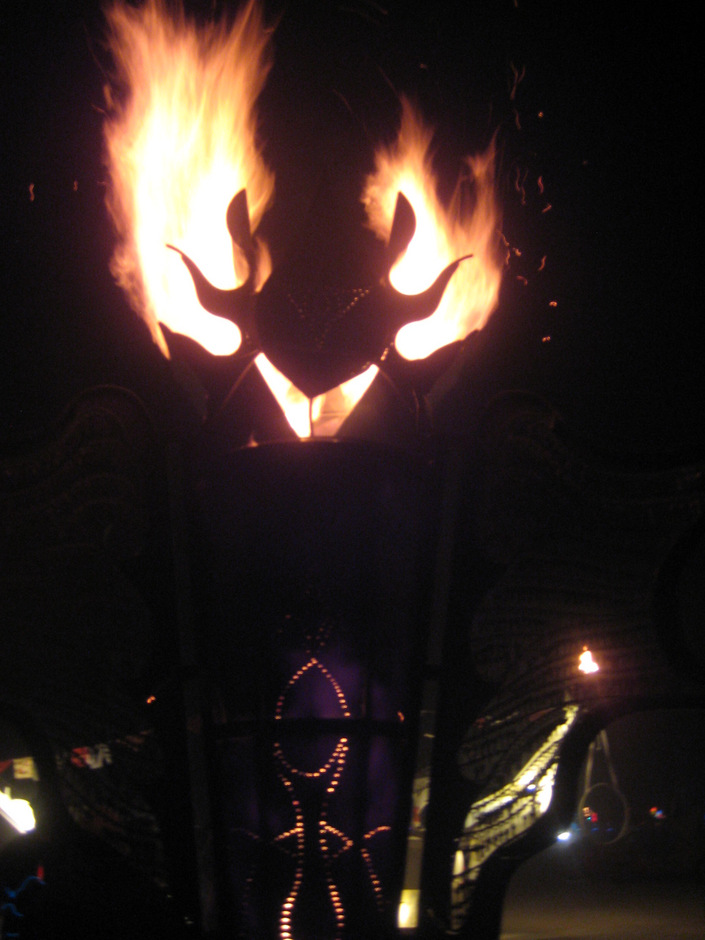 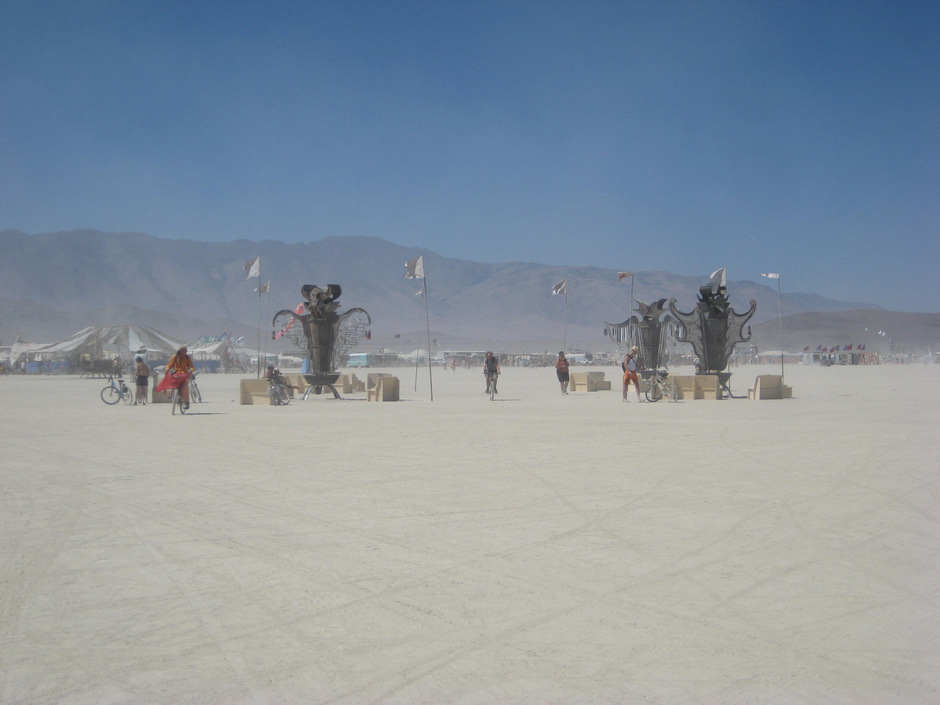 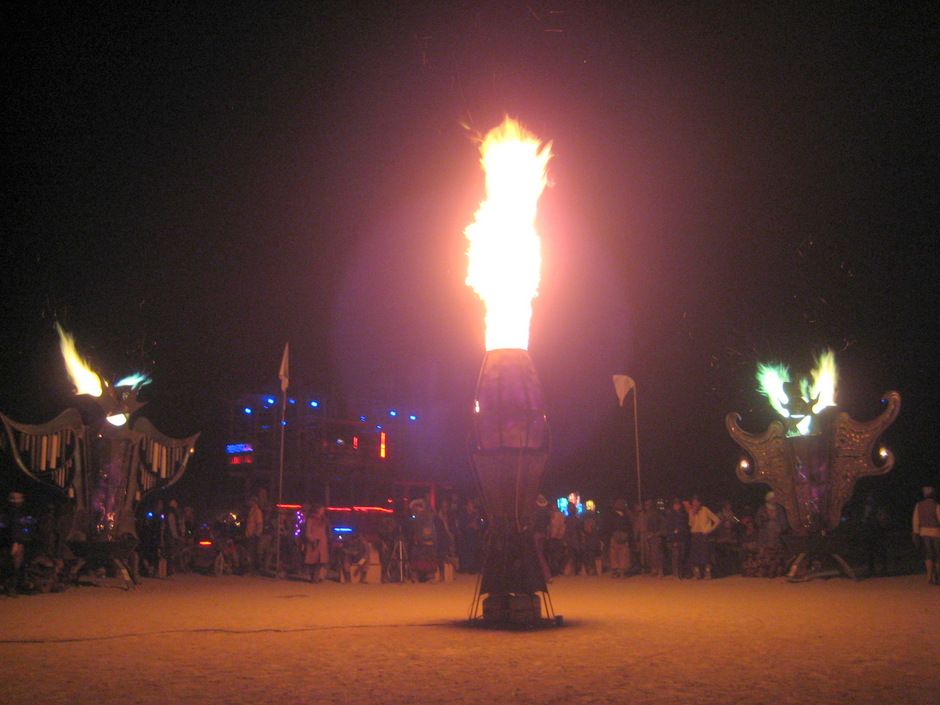 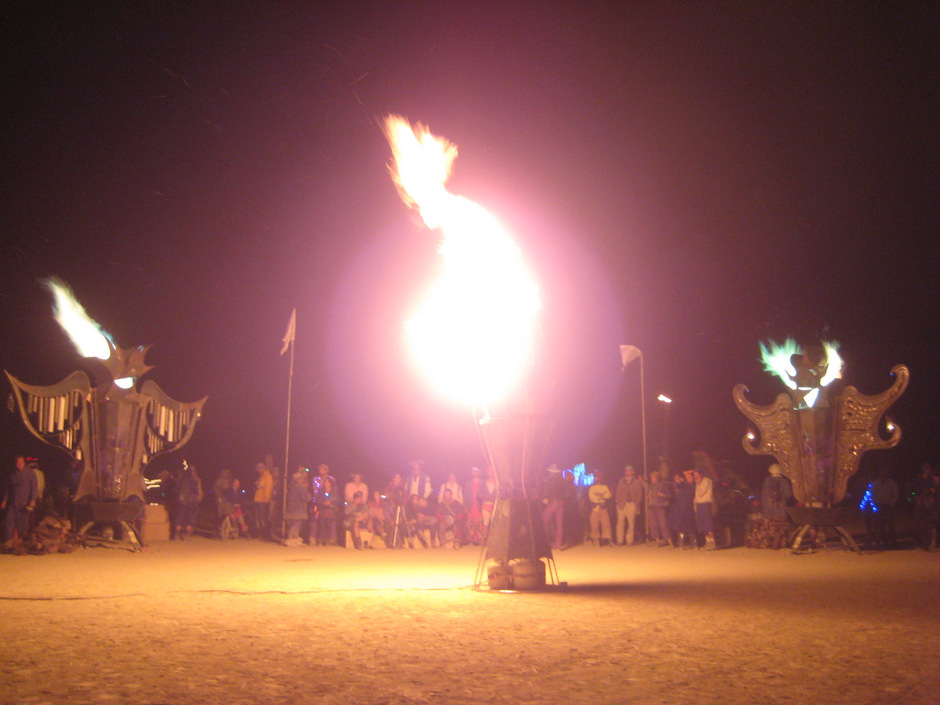 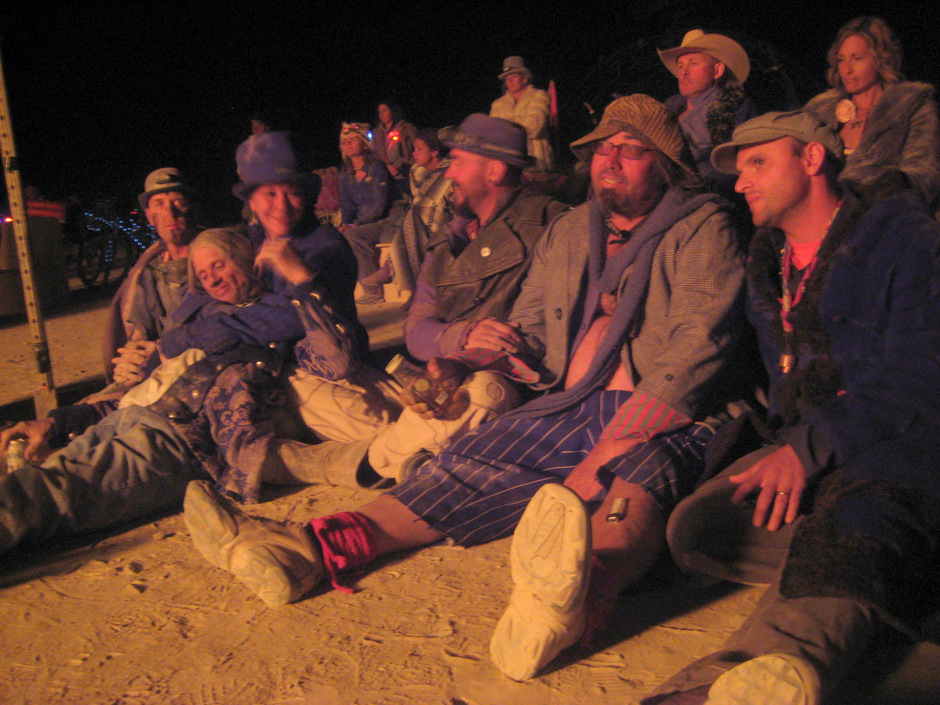 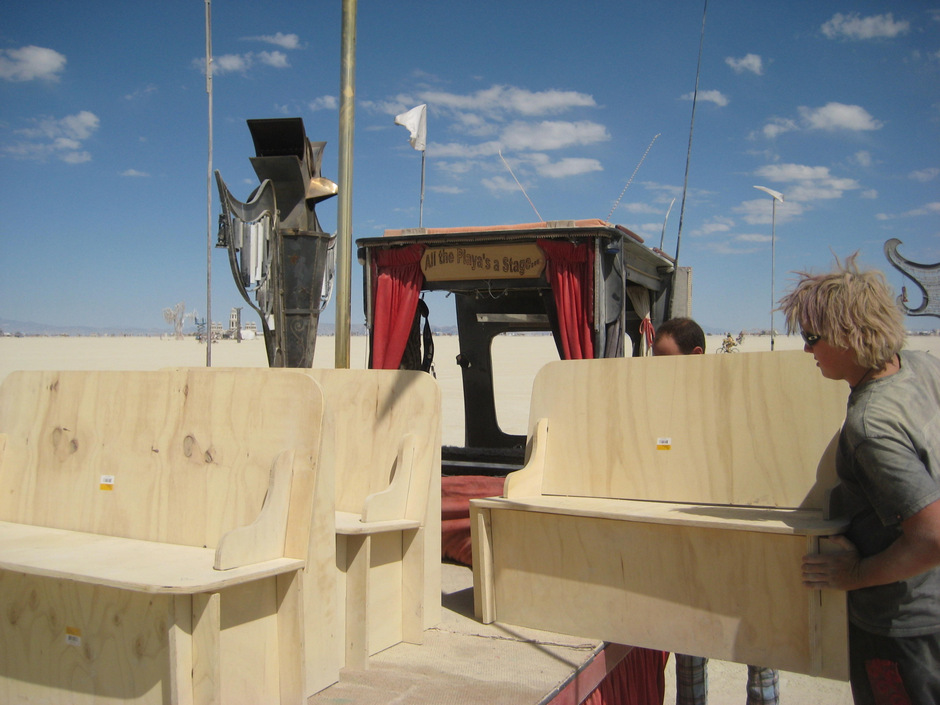 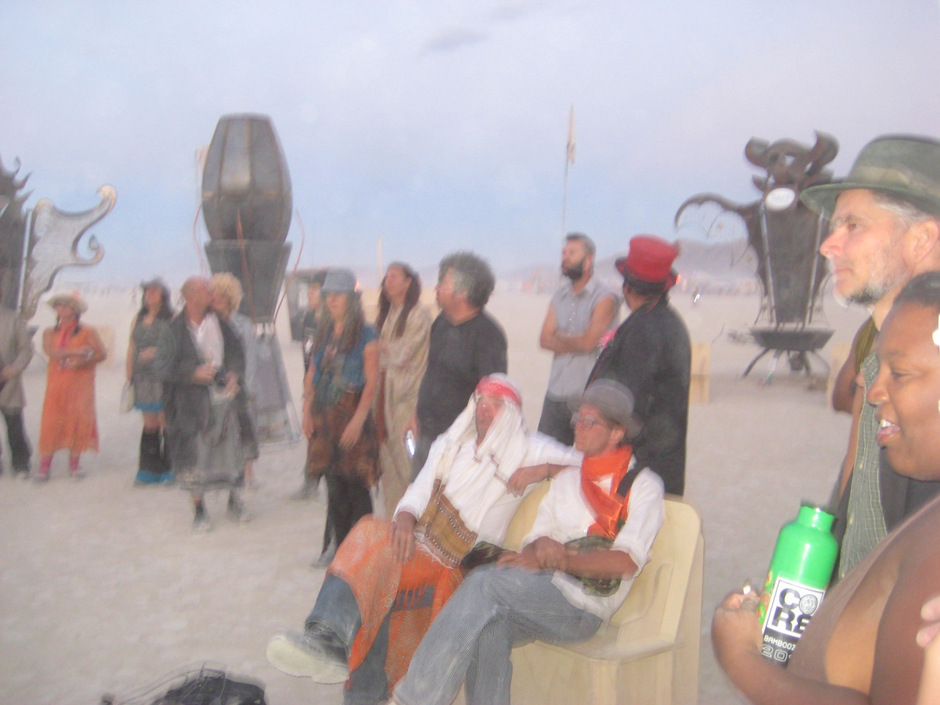 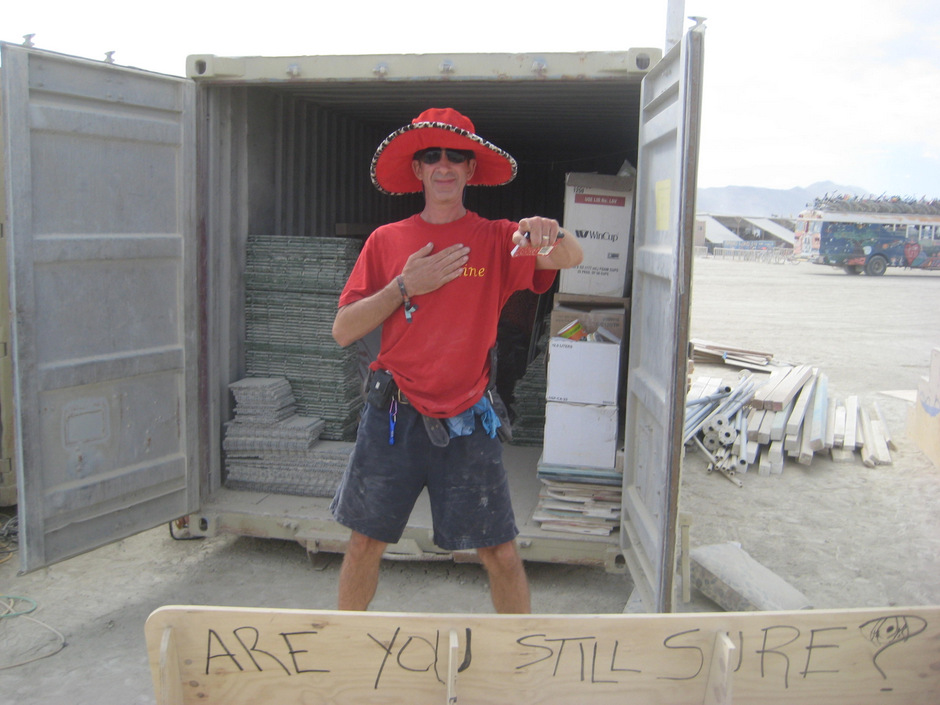 By the time we were done, a lot of people had nice places to sit all around the Man. The last night, we made an ad hoc perimeter out of Playatech for the opening of Charlie’s very hot flaming Egg, with random participants holding down benches as a fire line while Charlie smoked the whole city out. And at the end of the event, we delivered 8′ long 100 pound Playa Pews to Playa Info, Artery, Media Mecca, BMIR, Feed The Artists, Charlie, and others as a way to leave no trace through gifting. It felt like Sunshine’s Furniture Delivery Service that week.

And Sunshine got to design & fuel a CORE effigy burn!!! An even more fun way to leave no trace than gifting, or maybe just a real hot gift. We blew flames out of an Irish dragon’s mouth, made it stay up the longest of all the CORE effigies, and it fell straight down onto the burn platform for easy clean-up. Score!!!