We Saw a See-Saw and We Wanted to Make More!

When we were young, we loved see-saws, but we see them no more. It seems they are as bad for kids as climbing trees and jumping in lakes and other scary things kids do with their bodies, so all the kids were told to play TV games instead and shrivel up. We don’t like that!

So, we made a see-saw for our kids, and we called it the Wee-Saw because it is smaller than that giant thing at Burning Man. And because we saw a see-saw once a long time ago, but we can hardly remember what it looks like, and we were wee ones then.

The Wee-Saw represents a difficult departure from our usual technology, because we tried and tried but we couldn’t make a pivoting hinge out of slotted plywood that lasted more than ten minutes. So, we caved and used hardware to make the Wee-Saw work. Then we figured what the heck, and we used hardware all over the place just to get the job done faster.

It worked really well a couple places like Golden Gate Park, but then Kidsville accidentally burned it at Burning Man and we haven’t had time to make another. So, we’ll get the plans posted someday.

Maybe now that you’ve seen a Wee-Saw, you can make a better see-saw. Maybe even with less hardware. Go on, we dare you. Ours even adjusts for your child’s risk tolerance…

Check out more images for this product: 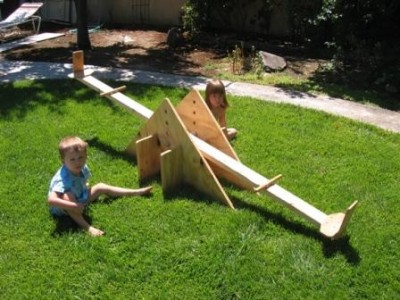 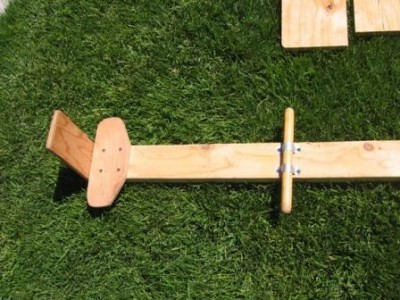 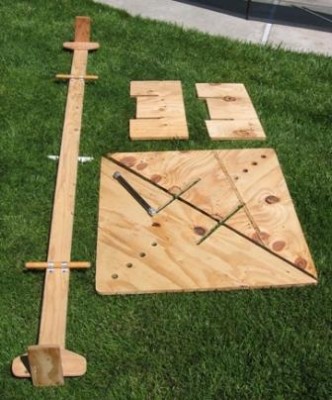 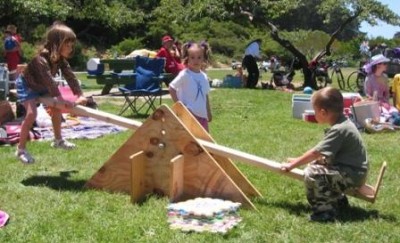 Playatech – Someday, everything will be plywood